As David sorts through his father’s belongings following his death, he comes across a bundle of love letters… from a man called Juan. Shocked and intrigued, he is compelled to make contact with his father’s former lover and discovers a world of secrecy and pain which he had never imagined.

Wounded by the Wind (Las heridas del viento) was brought to the London stage in 2015 as part of the 3rd Festival of Spanish Theatre in London (Festelón), starring Kiti Mánver and Dani Muriel.

Performed in Spanish with surtitles in English, translated by Kathryn Phillips-Miles and Simon Deefholts. 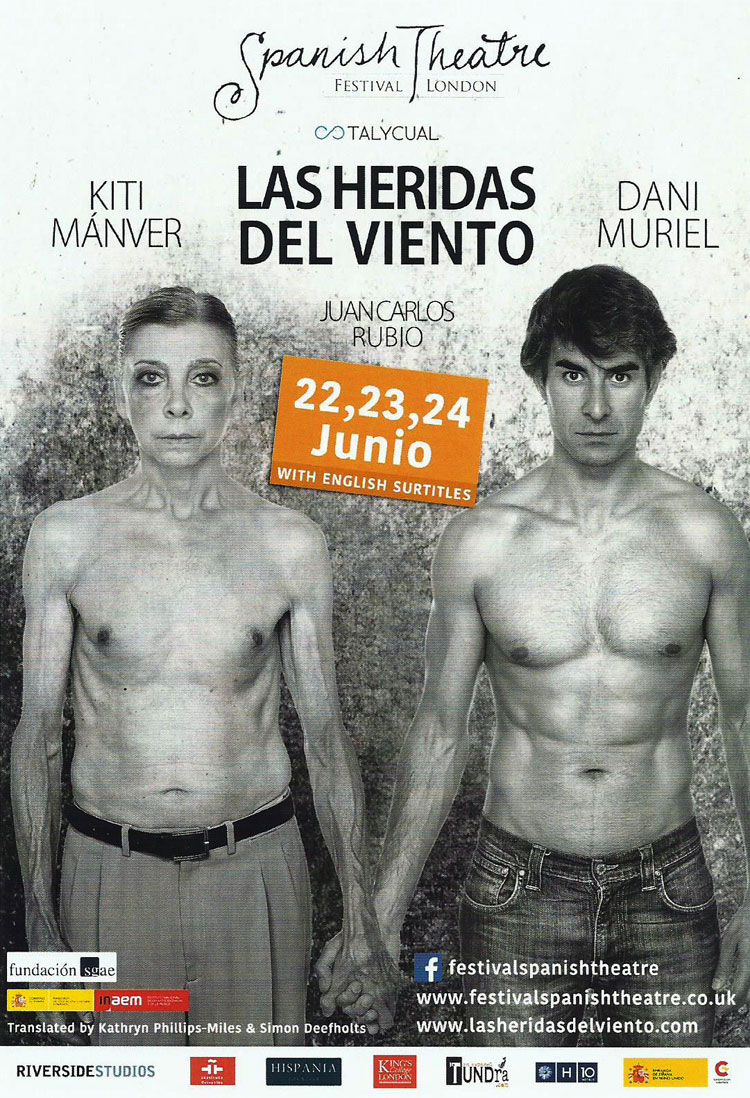